Iceland is a country in which football only exists as an amateur sport.
One of their coaches is a dentist.
They qualified for the Euro 2016, their first ever. It was a dream! They celebrated the qualification like champions, probably because they didn't expect much from the competition itself. But then they played... they scored... they didn't get beaten by supposedly stronger teams, like Portugal. They went through the group stage. The dream would probably end there. No, they beat England out of the competition! Then I understood... their dream will never end! They lost today, against France, but their dream will always be alive from now on. They showed a fire that very few teams seem to have nowadays. They were loosing 4-1 and their players were crawling in front of the goal to defend it! They made the French players run to the very last minute of the match. They never never gave up!
For all that, Iceland deserved to win this competition more than any other team, including Portugal. And yes, I'm still Portuguese...
They showed to Europe, maybe even to the whole world, that football can be about motivation, determination and passion. It doesn't have to be about money, brands and star players.

Iceland went from having about a third of a million inhabitants to have millions and millions of supporters, from all over Europe, and that's beautiful!

They might have left the Euro 2016, but it's ok.
Now they are legends! 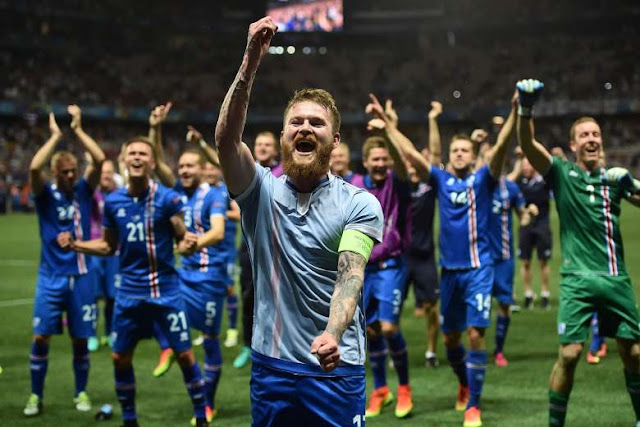