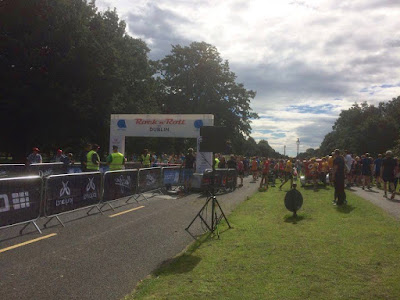 The Rock 'n' Roll series is a running event present in many different cities and countries, all over the world. The concept is fun and in each city there's a bunch of smaller events happening usually in two days. It's perfect for amateur runners who just want to have a good time and have a good excuse to travel abroad. It was my first time in a Rock 'n' Roll race and we, me and the usual gang, chose Dublin. I was coming from an knee injury, Johan sneezed the week before and got his back injured (this is the shorter and funnier version of the story) and D. did not feel in great shape either. Still, we all made it relatively well. Especially D. who was the first to cross the finish line, despite of having the French guy stalking him (story here). 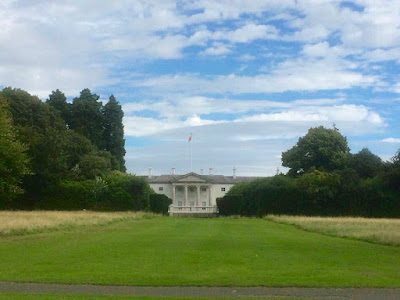 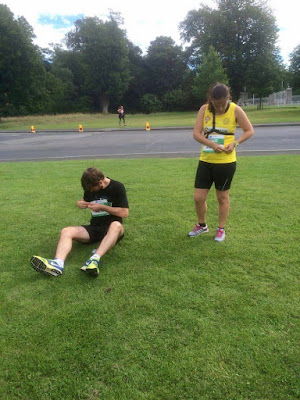 Positive
Registration - Easy and relatively cheap. It included cool Rock 'n' Roll t-shirts.
Races - There was 5k, 10k, 21k and a Fun Run of 1 mile. Distances for everybody.
Pickup - It was well organised. It was inside Trinity College, one of the main sights in Dublin. A good start of the weekend.
Toilets - Best portable toilets I have ever seen! You could flush them! Believe me that makes a huuuuge difference!
Start - Divided into groups according to estimated time. There was a small break in between start groups so it wouldn't be a too big mess on the road. It worked out nicely.
Course - The course was fun. It started in the docklands and ended in Phoenix park, the biggest park in Dublin, a bit outside of the city. For me, any race that starts and ends in different places is always better. The course went along the Liffey river and it crossed the most emblematic places of Dublin like Temple Bar, Christ Church, Guiness brewery, museum of modern art and its gorgeous gardens. It did have some hills but doable.
Water - There were only 4 water/powerade station. At first I thought it was very little, but Dublin is not that warm and it was enough. In the 2 last stations the drinks came in bottles so one could actually run with them if necessary.
Bag drop - We left our bags at the start and they were transported by the organisers to the finish line. Everything worked our perfectly. At least for us.
Remix Challenge - One could run 5k on Saturday and then run either 10k or 21k on Sunday and get a extra medal for completing both races. We did it. It was fun to have two race days in the same weekend.
Medals - The medals were really cool! The one of the Remix Challenge was the most fun as it was a miniature of an electric guitar!
Festival - There were a lot of tents with food, drinks and souvenirs and a live concert. We didn't take advantage of it too much because we were too tired and it was cold. Still it looked fun.
Shuttle buses - Connecting the start/finish to the corner of the park, where one could take a tram or regular bus. There were many shuttles and although they were full, there weren't any big queues to get in one. 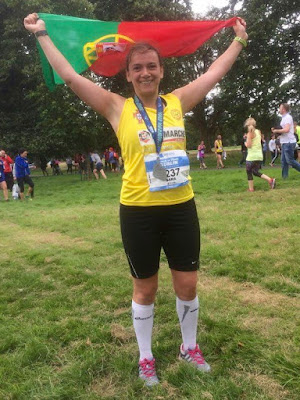 Me after finishing the half marathon, wearing my club's shirt, CDC Pinheiro and holding the flag of my country.

Negative
Swag bags - Ugly. Uncomfortable to take. Ridiculous.
Start time - 8h30 in the morning, which means we were eating pasta at 6am. A little bit later would have been better.
Weather - It was crazy windy. So strong in some spots that it actually made miss a step here and there. Fortunately, it was not windy the whole race and it didn't rain.
Bottles - It is true that some runners enjoyed having bottles of water and powerade instead of the usual paper cups. Although, most runners took the bottles, drunk a few sips and threw them away. It was a huge waste! Maybe having both paper cups and bottles would be the solution?
Trams - Both the start and the finish were far from the centre, where most runners were staying. The trams were free but this was not informed in advance. We, and many other runners, learn this only after buying tickets.
Adverts - We got many emails advertising the different challenges, packages, other smaller events, photographs, and races. We got them over and over again, sometimes just repeting the whole thing again. Singing off wasn't an option because one didn't want to miss important information, provided in the same way. 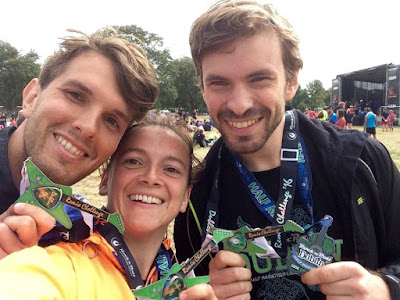 All in all, I would totally do it again!
If you are a runner and want to have fun you should try one of the events in the Rock 'n' Roll series!