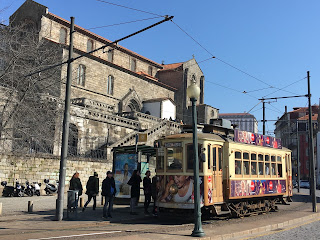 It was a weekend but it could very well have been a full week, since it was quite intense.

The plan was to fly to Porto on Friday to surprise my sister on her birthday. She had absolutely no idea we were coming, all she knew was that she was going to take a train to Porto after work. To make sure she wouldn't get suspicious I made up some story about having a party that day in Sweden and we spent the day before chating about what to wear and so on.

On Thursday evening, around 9pm, we were starting to relax after all the packing when we got an sms informing our flight had been canceled. How nice... After a long time on the phone we managed to get rebooked on an even earlier flight, which we took after having slept less than 4h. We got to Porto after lunch and met my parents, who had travelled there from my hometown. My sister and boyfriend, who had arranged everything, came at the end of the afternoon and went to Catraio, a bar with crafted beer. My parents showed up soon after and surprised my sister. We waited 10 minutes to let her settle down on thinking that was it. But it wasn't. I came from behind and when she saw me I could see through her eyes how the information was slowly registering in her brain. It was really funny to see her reaction and all she managed to say was "it can't be you because you have a party in Sweden". The evening continued with dinner, where some of her friends also joined us.
All in all, I think she had a really nice day and really enjoyed all the surprises.

On Saturday, the 6 of us travelled to to the heart of the Douro Valley, for the tasting and approval of our wedding party menu. On one hand it was strange to have one table settled in the middle of a giant empty room just for us, but on the other hand it was nice experience and the menu was more than approved by everyone. 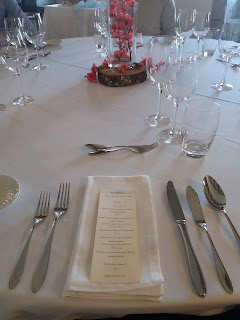 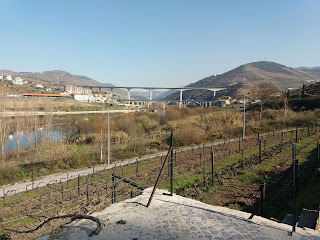 Afterwards we headed to Santo Tirso, the whereabouts of my sister's boyfriend. We walked around the town and ate the traditional sweets "Jesuítas", that are delicious. The day ended with a really nice dinner at his parents place. It was another day full of events.

On Sunday, before they all departed we walked around in Porto and enjoy the view and the fantastic weather - sunny and around 15ºC during the day. It was great to be able to walk around without any jacket on. 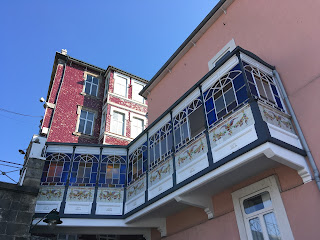 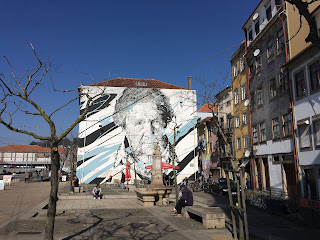 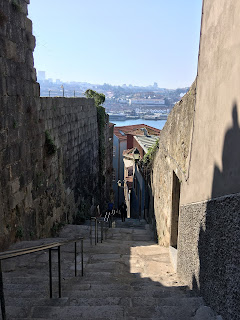 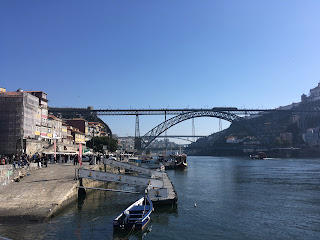 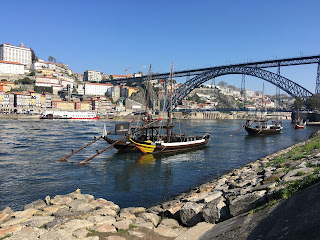 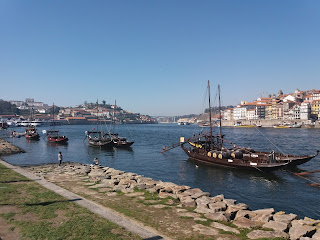 When my parents, sister and boyfriend went back to their cities, the two of us did some shopping and ended up having a tapas dinner at our rented studio, while watching highlights from the winter olympics.

We returned on monday to Sweden and were faced with -10 ºC. Quite a difference! However, we could finally go back to wear a t-shirt indoor, something we couldn't do in Portugal. 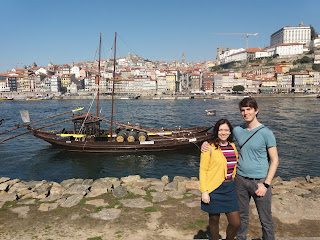