I joined a group of equally crazy people and went to one of the green areas just outside of the city, called Sandsjöbacka. The plan was to run the first part of the 60km race that we will do in January. What wasn't part of the plan was the amount of snow on the ground, that has fallen the whole week. We knew this 37 km would take longer than usual but we weren't counting on them taking almost 6 hours! 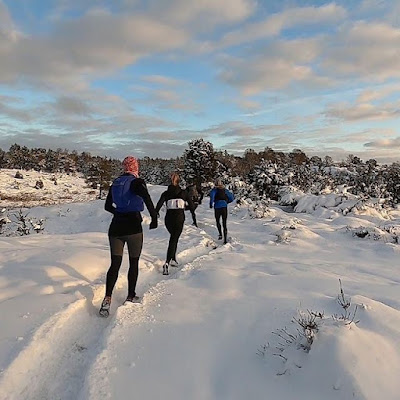 Luckily I had loads of energy with me and I was even called "the pantry runner". I had a sandwich, 4 boiled potatoes, nuts, dried apricots, snickers, an energy bar, peanut M&Ms, blueberry drink, and sports drink. Not bad hein? I did get teased, but I also did save some of them who were running low on energy. Especially the blueberry drink was very much appreciated!

It was tough, I'm not gonna pretend it was not, but it was also so fun to share this with a group. We were all exhausted at the end and everything hurt, but we kept laughing until the very end. 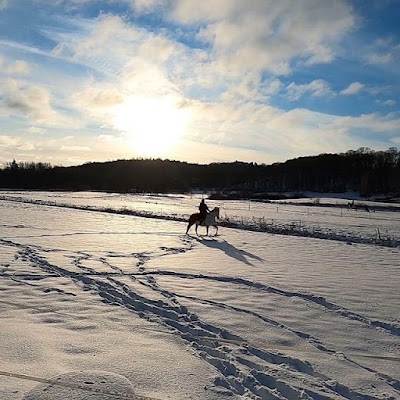 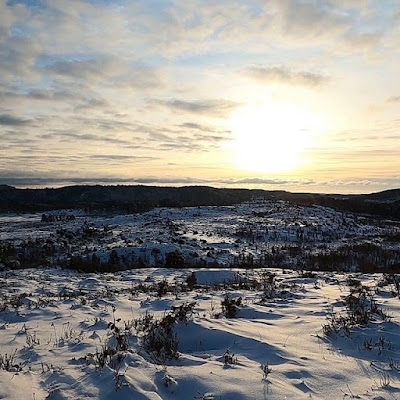 And then the landscape. I didn't know snowy postcards were photographed on Sandjsöbacka! That's exactly how it looked like... a postcard. I didn't take any pictures, because my phone dies easily in the cold, but I did film something and extract images from the videos (so they are a bit low quality).

Nothing beats being there of course, but you can hopefully still get an idea of what kind of Narnia land I was running in. 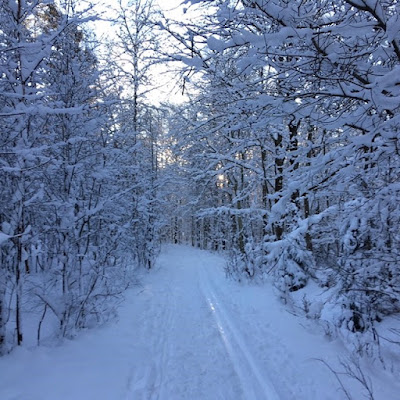 Tea behind the window: Lemongrass

Running: 351 minutes (I could almost open all the windows, but I opened window 23)