Today is an important day for science (and not only)! Today the nominees of the Nobel prize, nominated in the first week of October, get to finally receive their awards from the Swedish king. 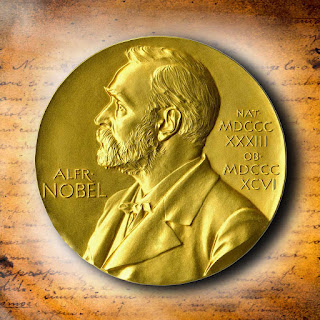 There's a live sending from the Nobel banquet and we usually watch it here at home. The show is usually quite good with bits of information about the nominated subjects, the nominees, the food, the speeches, etc. It is great fun to see people who a few months ago were just completely regular scientists or spouses to them (what is regular anyway, but you know what I mean), walking to the banquet arm in arm with the prince or the princess of Sweden.

There's something great about that contrast. Something hopeful as well. As in if you excel at what you do, one day you too can be rewarded. Of course, very few people are awarded the Nobel prize, but it's still inspiring to see the event.

This year there's no big banquet and the awardees received their prizes at their own universities. A little bit boring to miss the chance of sitting next to and chatting to Royalty, but better than not receiving any prize.

So far I have never been invited, so all the photos are from the internet. I write so far to leave the option open, but I'm not sure it will ever happen. I do have a deal with a friend, who is an outstanding scientist, that if he ever gets awarded he has to take me to the banquet :)

The Blue hall where the banquet is held every year.
Photo from the internet. 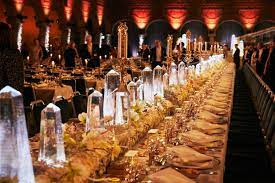 The table is set and ready to receive all the guests.
Photo from the internet.

Tea behind the window: Festive Spice