My training program said double runs today and I sneaked quietly out of bed to run the first one. The sky was waking up and I felt small among the giant trees. The forest was quiet, white, and beautiful. And it was all mine. Most days I leave the broad paths, popular among fellow runners and hikers, preferring the tiny trails between the trees, streams, and the contrast of the hard roots against the soft moss. Not this morning. This morning I circled the lake, half-frozen, quiet and peaceful.

By 9:30 I was back at home ready for breakfast. Two hours later I would go out again and do my second session, choosing the tiny trails this time, because the broad ones were busy and the forest was no longer only mine.

A brilliant beginning of the weekend if you ask me. 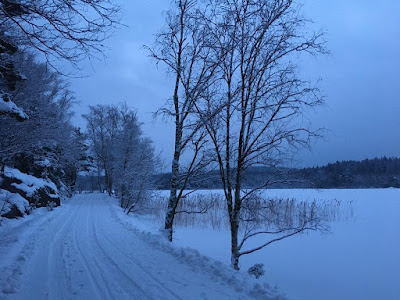 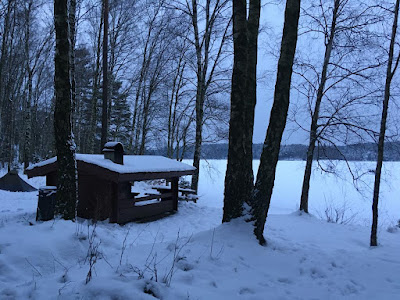 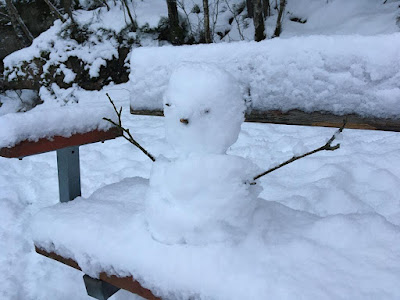 Tea behind the window: Post-party refresh (Party? What party?)